In 2006, TNC Korea Ltd and Oronia Global Ltd were established in Seoul, Korea , in order for full range marketing, sales and customer service in the Korean and Asian Market.

All of ORONIA products are approved by the Korean FDA and also approved by the laboratories of the leading Korean Food companies such as Pulmuone, which applies more strict regulatory criteria than Korean Government.

As of September 2011, more than 50 items of ORONIA Health Supplement Foods and Health Foods are exported to the  Korean Market.ORONIA’s market is being expanded to other countries including Japan, China, South Asia, Middle Eastern and CIS Countries such as Uzbekistan. 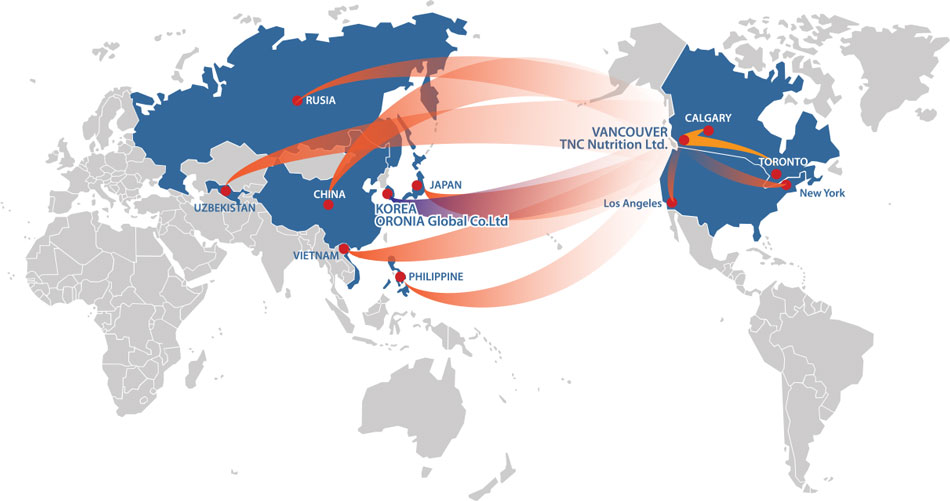 The major distributors in Korea